"I am not white - Extract and adaptation" by Cyrinne Douss 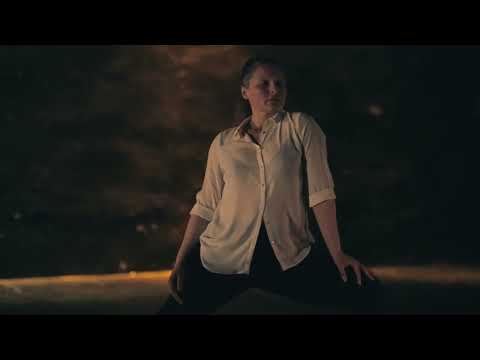 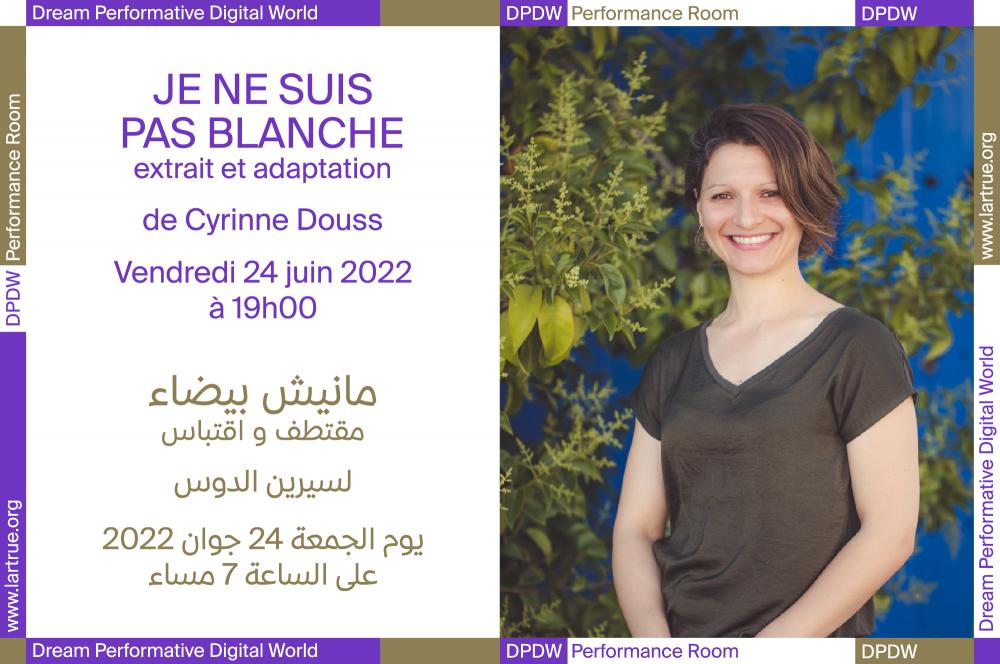 "A tale of interbreeding and its eternal wanderings, 10 years following the Tunisian revolution, the question of identity is ever-emerging. Speech is liberating. Words, song and dance all exalt a relationship with the peculiar world. A leitmotiv of metamorphosis and resistance: stemming from reality, life,  womanhood, dancing, and the in-between shores to embrace the fantasized and diverse otherness. The stage becomes home of all possibilities, affirmation, reconciliation, transformation and liberation."  Carthage Dance Festival 2021- Tunisia / 04 JUNE 2021 - By Mehdi Kochbati.

Cyrinne Douss is a French-Tunisian artist, dancer, choreographer and cultural actress. She develops her activities between the two shores of the Mediterranean and pays particular attention to exchanges and intercultural collaborations to feed her projects. Since 2010, she has been teaching contemporary dance and has created her first pieces (Unes, 1000 peaux, D'une vie à l'autre, Zwez, Filantes, Je ne suis pas blanche). In 2016-17, she joined the Prototype V training for choreographers under the direction of Hervé Robbe in France.

In 2018, she is a dancer for the new Ballet de l'Opéra de Tunis in the creations of Héla Fattoumi and Eric Lamoureux, Emilio Calcagno and Mohamed Toukabri.

In 2020, she joined the CNSM in Paris to study Laban movement notation.

Cyrinne is also a co-founder and active member of the Tunisian association Hayyou'Raqs which develops projects of awareness and training in dance.