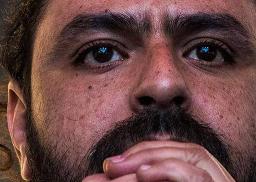 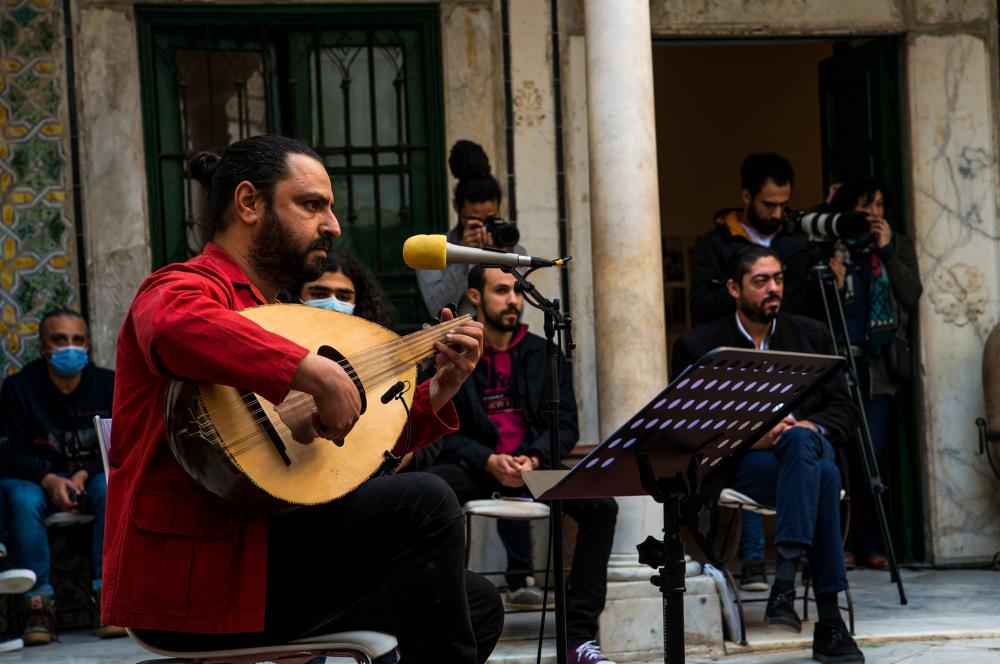 Musician and singer who has been working on Tunisian popular music for years, Nidhal Yahyaoui presents his latest creation "Rébétiko-Maalouf" on February 26, 2021 at 15:00 at L'Art Rue. This musical creation is the fruit of an artistic residency held from October 2020 to February 2021 with Greek musicians.

In 2015, Nidhal Yahyaoui discovered Rébétiko music which appeared in Greece in the 1920s and which is very similar to Tunisian Maalouf of that same era. For him it was a revelation! In 2020, with the support of L'Art Rue, Nidhal Yahyaoui finally achieves his desire to artistically merge these two Mediterranean music genres.

Thus, in collaboration with Greek musicians, and from the repertoire of Greek Rébétiko music in dialogue with Tunisian music of the same period, he weaves new sounds blending languages and voices of the Mediterranean in a rare harmony. An intense musical work is born- the fruit of mixing these two types of music with such similar sounds and real emotional density. Come and discover it!